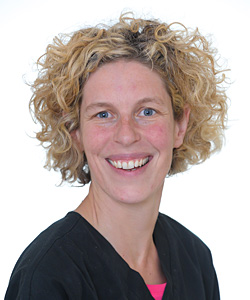 Nele graduated as a vet from Ghent University in July 2002. After two years of small animal practice in the Midlands, she moved to Newmarket where she completed a small animal internship at the Animal Health Trust. She continued as an oncology fellow and enrolled in a Masters in Clinical Oncology at the University of Birmingham.

Nele was awarded her MSc in 2012. In 2010, she joined Dick White Referrals to complete a residency in small animal internal medicine and gained her RCVS Certificate in small animal medicine in 2011 and her European Diploma in 2012.  Nele loves spending her time outdoors and has a lovely son named Harri and a Springer Spaniel called Bobby.