Rocko, a six-month-old French Bulldog, was referred to us through HeartVets to treat a serious defect of his heart. Rocko had been diagnosed with pulmonic stenosis, a narrowing of the artery supplying blood to the lungs. If left untreated, this can lead to fatal heart failure. 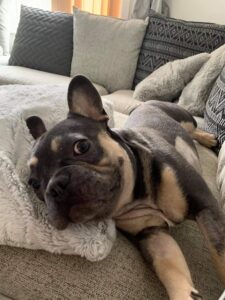 Rocko also had the added complication a ventricular septal defect, another congenital heart defect where there is a hole between two chambers of his heart, allowing blood to flow between them in an abnormal way.

Our anaesthetist, Pippa Tucker and nurse, Jordan Northover, anaesthetised Rocko for his surgery to correct his pulmonic stenosis. These anaesthetics can be challenging to manage as both the disease and surgery can have profound effects on the cardiovascular system. Rocko was continuously monitored by Pippa and Jordan throughout his anaesthetic and his surgery was successful.

Unfortunately, Rocko also had Brachycephalic Obstructive Airway Syndrome (BOAS). This commonly affects any flat-faced dogs such as French Bulldogs, English Bulldogs and Pugs. These dogs have a combination of narrow nostrils, narrow airways and an overly long soft palate, which can cause an obstruction when they are breathing. This is commonly detected as a snoring noise when the dog breathes.

These abnormalities can be particularly dangerous around general anaesthesia and sedation as the drugs used cause muscle relaxation and can worsen the obstruction to breathing. Pippa and Jordan were well prepared for this, with special equipment prepared during the start and end of anaesthesia, which are the highest-risk periods for BOAS patients. 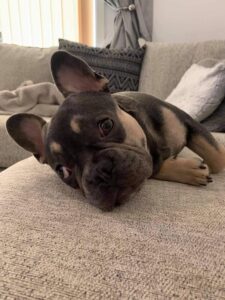 Despite this preparation, Rocko had a complete respiratory obstruction when his breathing tube was removed and he was unable to move any air into his lungs. This was very quickly detected by Jordan, who was monitoring his recovery from anaesthesia. Thanks to her quick actions, Rocko was given oxygen and a breathing tube replaced, relieving the obstruction. This was kept in place for half an hour until he was too awake to tolerate it. Unfortunately, upon removing it the obstruction re-occurred and he had to be re-anaesthetised to replace a breathing tube.

Over several hours we attempted to minimise the effect of the respiratory obstruction to ensure further attempts at removing the tube were as safe as possible. This included some light sedation, cooling, positioning and steroids to reduce any inflammation of the airway. We also considered placing a temporary tracheostomy tube. This would involve a quick surgery to place a breathing tube directly through the neck to the main airway, bypassing the obstruction caused in his upper respiratory tract.

Finally, several hours after the end of surgery, Rocko’s tube was removed and he could maintain his own breathing. Supportive measures such as elevating the head, and oxygen therapy was very gradually removed under constant supervision by Pippa and Jordan. By the evening he was going out for gentle walks and happily eating his dinner! He was closely monitored by our overnight nursing team but had a comfortable evening and was able to go home the next day.

Rocko was a lovely patient who posed several challenges to our department. Through specialist training, teamwork and excellent nursing care, we were able to overcome these challenges and get Rocko home safe and sound. We have advised that Rocko has corrective surgery for his BOAS syndrome to prevent these kinds of complications in the future. 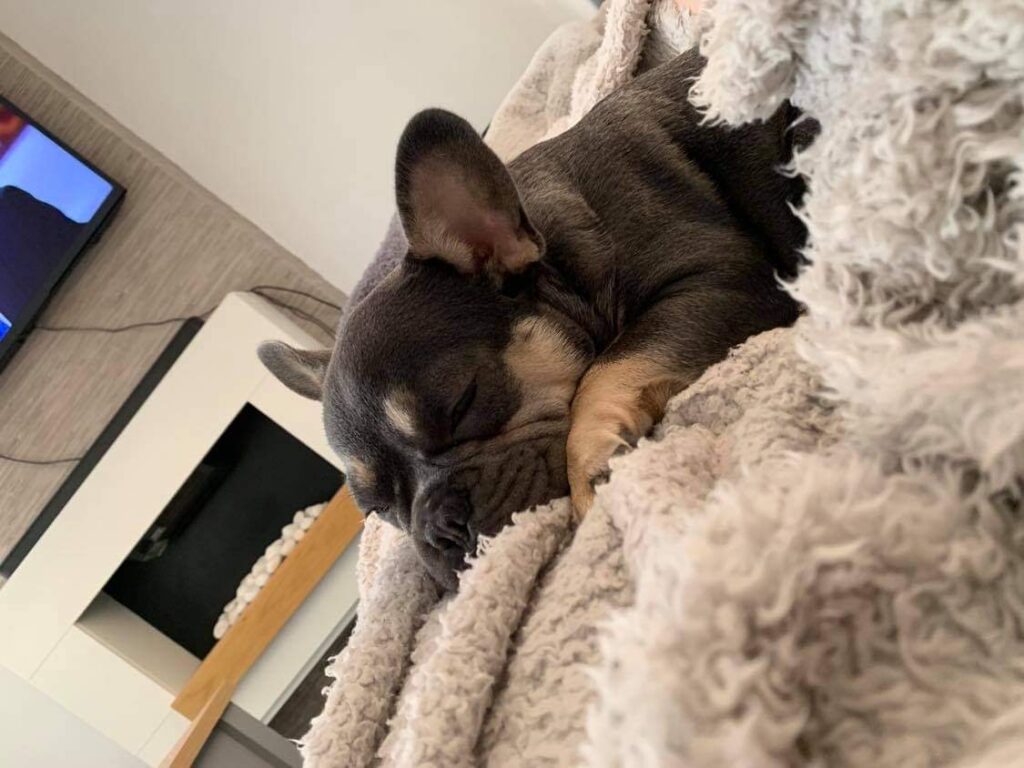