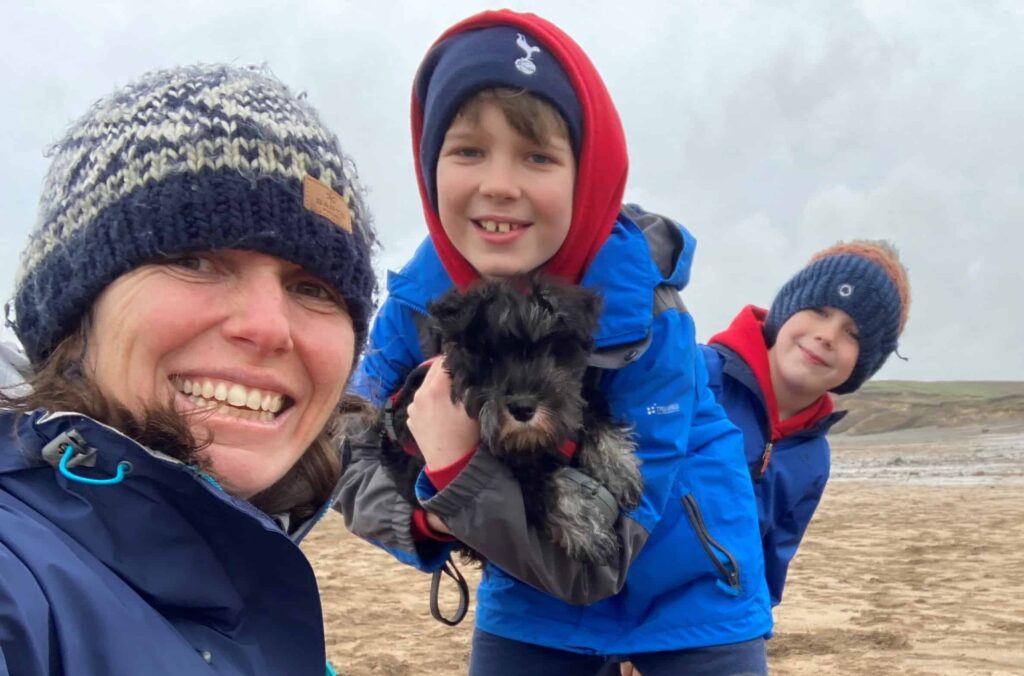 Heart specialist Jo Harris intervened when the eight-week-old Miniature Schnauzer was diagnosed with severe congenital heart disease, with his breeder considering euthanasia due to the high risk of heart failure and death at a young age.

Instead, Jo, who provides expert cardiology care with her team from HeartVets at Cave, rallied support to transform the young dog’s life.

Jo said: “My cardiology colleague Alex Laver saw him first and nicknamed him Sprout because he was so small and unwanted and it was just before Christmas!

“Sprout was diagnosed with severe pulmonic stenosis and tricuspid valve dysplasia, both of which are congenital conditions causing obstruction to blood flow through the right side of the heart, resulting in severe thickening of the heart muscle.

“Alex then put out a photo of her with Sprout to see if anybody from the HeartVets or Cave teams would be willing to take him on and I just couldn’t resist.” 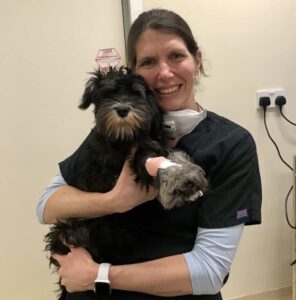 “To be honest, I felt great trepidation about taking him on as I knew it was going to be questionable whether we could help him due to the combination of defects, and that surgery would be extremely challenging.”

“But he was such a lovely puppy; very interactive and engaged with humans and completely asymptomatic, so I felt I had to give him a chance!”

Jo had to wait for Sprout to grow before finally carrying out surgery with colleague Dave Dickson when he was five months old, and she says it was a real team effort throughout.

She added: “HeartVets and Cave stepped in to help but it was still a very challenging case – the most challenging pulmonic stenosis operation we have ever done due to the very narrow route through his little heart!” 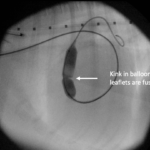 “We used every catheter and wire in our cupboard and finally managed to pass our smallest catheter. We slowly stepped up through sizes of catheters and wires until we could pass a big enough wire through the right heart into the pulmonary artery to allow a safe attempt at balloon dilation.”

“The post-op heart scan showed we significantly reduced the pressure gradient by more than our target of a 50 per cent reduction in pressure in the right heart. As a bonus, the narrowed tricuspid valve was not damaged further by the procedure and appeared to be functioning well.”

“It was a huge success, better than we could have dared to hope! The support of Dave, our lead cardiac interventional nurse Charlotte and the Cave anaesthesia team was invaluable, as we problem-solved together to complete the procedure.”

Sprout will stay on beta-blockers until a repeat scan of his heart, allowing it to adjust to the new level of pressure. Until then Sprout will be resting and recuperating with Jo at her home near Exeter. 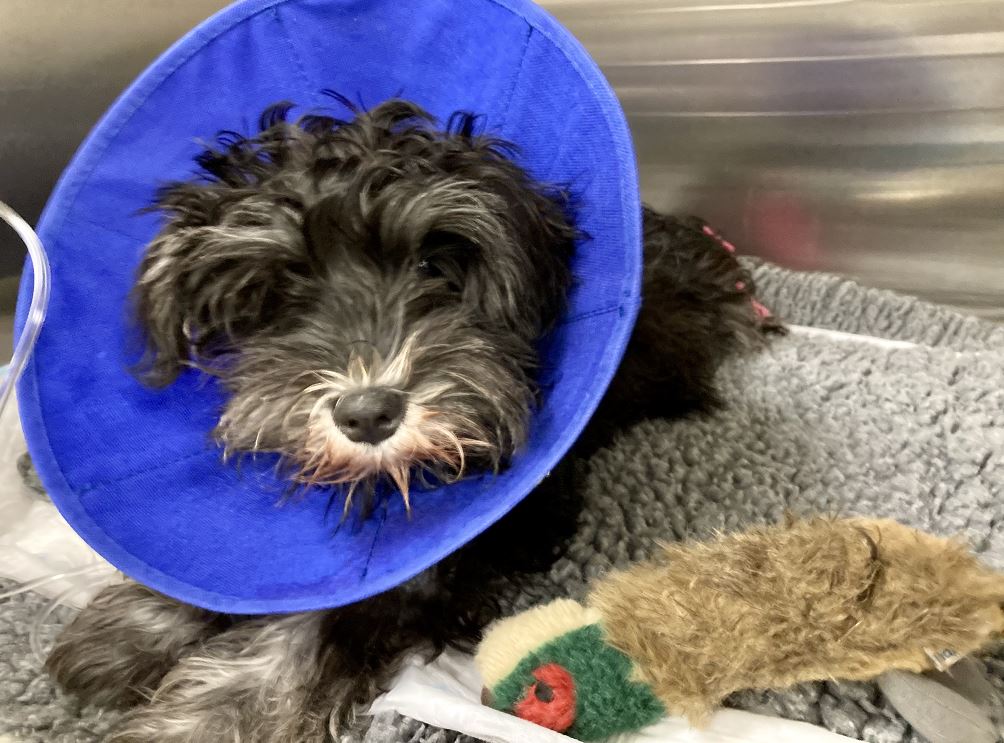 Jo added: “I live just outside the city in a rural spot with eight acres of land for Sprout to run around in, which he is certainly making the most of!”

“When he is completely recovered the long-term plan is that he will go and live with my parents who are in Dorset and he will lead the best life, going everywhere with my mum who, after losing an 18-year-old Terrier is really in need of a new companion.”

“She has already helped in looking after him so I know they will get on brilliantly.”

Hearts Vets is based in the South West and is the largest independent cardiology consultancy in Europe. Together, HeartVets and Cave Veterinary Specialists provide specialist-led cardiology referrals with a busy interventional cardiology surgery programme.