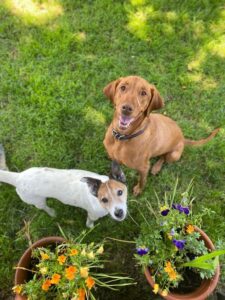 Our specialist-led team here at Cave Veterinary Specialists, in West Buckland, acted swiftly to treat Pongo the Jack Russell Terrier after his life-threatening diagnosis of excess fluid around the heart and lungs.

The 14-year-old belongs to Jack Linnell, from St Giles Animal Rescue, in Taunton, which cares for abandoned, displaced and abused pets across the West Country and has been supported by Cave for the last two years.

Pongo was referred to Cave with the condition, called a pericardial and pleural effusion, and was operated on by small animal surgery specialist Ross Doust to drain the fluids around his vital organs.

During the procedure, Ross discovered the thin layer of protection around the heart, the pericardial sac, had toughened and if left untreated, would limit Pongo’s heart from beating properly.

He carried out an additional procedure, called a pericardiectomy, to remove the sac, at which point he discovered a leak in the bottom part of Pongo’s right lung.

To treat this, he performed a partial lung lobectomy, an intricate procedure to remove the bottom part of the lung, which was so successful that Pongo was well enough to go home two days later.

Ross said: “We were delighted with how well Pongo responded to surgery and he was quickly able to go home, despite the complications we discovered during the operation.

“St Giles Animal Rescue is a great cause and one we are delighted to support, so it was very satisfying to be able to help Jack’s beloved Pongo. 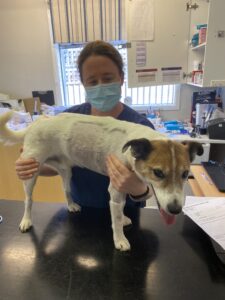 “We’ve been partnered with the charity for more than 10 years and see first-hand the hard work, determination and compassion its staff all show.

“We care for every patient like they are our own, however, knowing Pongo belonged to Jack made the success of the surgery that much sweeter.”

Jack said: “It was a hard decision to make, as I didn’t want to risk any future health complications for Pongo, however, Cave were brilliant.

“Ross explained everything to me and assured me that his extensive experience in the matter would mean Pongo was receiving the very best care. 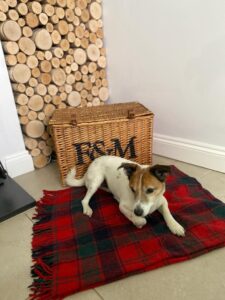 “Cave has always gone above and beyond for us here at St Giles Animal Rescue and I can’t thank them enough for saving Pongo’s life.”